Byres, who is stepping down from APRA at the end of this month after eight years in the job, said in his final public speech on Wednesday that the “Australian obsession” of housing had been a constant feature of his time running the banking regulator. 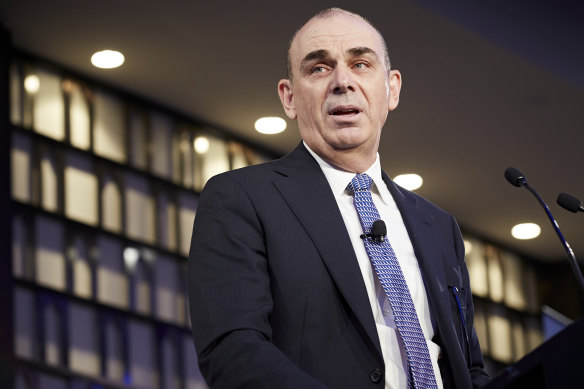 Outgoing APRA chair Wayne Byres, says the housing ‘obsession’ has been a constant feature of his time in the job.Credit:Natalie Boog

Byres told a business lunch in Sydney that house prices were falling faster than many had expected a year ago, and homeowners who were highly geared or had low levels of equity in their home could be “particularly challenged.” But he suggested the falls should not be a surprise and banks could weather the slump, adding that lower house prices had a positive side.

“Australia now finds itself in an environment we all knew would eventually come: one of rising interest rates and falling house prices. Both are occurring sooner, and at a faster rate, than most people anticipated a year ago,” Byres said at a Financial Services Institute of Australasia event.

While some borrowers would find themselves in stress, Byres said it was “not all downside” from falling house prices, noting that Australia’s high property prices had led to high household indebtedness and a housing affordability problem.

“Australian housing prices are undeniably high, and a sustained lower level of prices would be no bad thing overall,” Byres said.

“As a nation, we fret about housing affordability. The only way to genuinely improve affordability over time is to keep the rate of increase in housing prices below that of our incomes,” he said.

“From a narrow financial stability perspective, lower housing prices facilitating lower debt levels would be no bad thing. From a broader societal perspective, I suspect there would be many more benefits from people having to use less of their income to simply put a roof over their head.”

Some bankers including Commonwealth Bank chief executive Matt Comyn have also said this year that falling house prices would be welcome news for financial stability and housing affordability.

Australian banks have not yet reported any increase in stressed mortgages, but rising interest rates are expected to lead to rising arrears as banks lift monthly repayments in response to this year’s rise in official interest rates. Byres said there would be “pockets of stress” for banks and lenders needed to work carefully with customers in hardship, but this was not a sign of weak lending standards in itself. 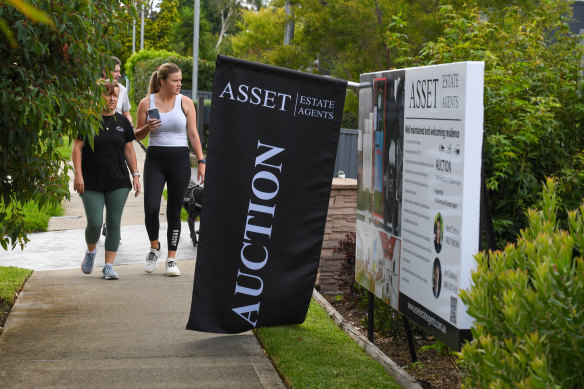 Under Byres, APRA moved to put the brakes on lending to property investors and interest-only customers in previous housing booms. It has also pushed banks to improve their processes for assessing borrowers’ incomes, expenses, and their ability to service total debts including loans outside their mortgages.

In response to the financial system inquiry of 2014, APRA also forced banks to increase their capital substantially, and Byres argued the banking system would be resilient through the next few years.

“In Australia, the banking system is in good shape to weather the adjustment, and – notwithstanding there will be pockets of stress within loan books – there is no sense it will threaten the soundness or stability of the system.”