Atlanta Mayor Keisha Lance Bottoms in an emotional Friday morning press conference said that she’s been honored to be the mayor of Atlanta, as she said it’s time to “pass the baton to someone else” by not running for reelection.

“This has been my highest honor to serve as mayor of this city,” she said. “My family moved to the west side of Atlanta and they found community and they found purpose and they found a way to make the lives of their children better and I stand here on their shoulders.”

She added: “My love for this city is a love planted in my heart long before I was formed in my mother’s womb. “

“I wish that I could tell you there was a moment or that there was a thing,” that caused her to decide not to run for reelection, Bottoms said. “But when you have faith and you play for God’s wisdom and guidance… it is abundantly clear to me today that it is time to pass the baton on to someone else.” 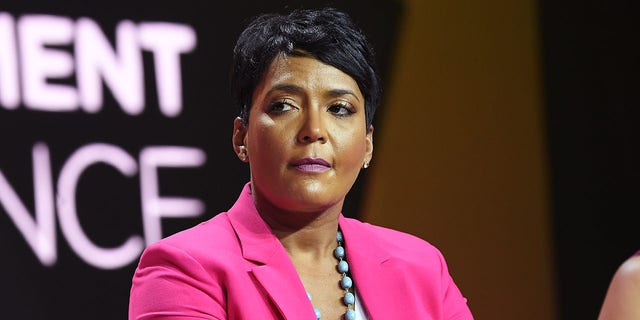 Bottoms announced in a letter Thursday that she will not seek reelection this year, saying, “it is with deep emotions that I hold my head high, and choose not to seek another term as Mayor.”

In the letter, Bottoms also touted what she said were her successes as mayor, including dealing with a cyber attack, passing ethics reform, raising the minimum wage and helping elect Democrats to national office.

Little more than a year ago, when Bottoms was one of the earliest endorsers of President Biden’s candidacy, she was considered a rising star among Democrats. Biden considered her as a potential running mate before eventually opting to choose Vice President Harris, then a senator. Bottoms, according to the Atlanta Journal Constitution, later turned down a Cabinet post in the Biden administration.

But amid charged protests about race and policing across the country including in Atlanta, and rising crime in her city, Bottoms has seen her stock fall. She faced a prominent challenge in Felicia Moore, the president of Atlanta’s city council. And several other candidates were rumored to be in the mix to potentially challenge her, including former Atlanta Mayor Kasim Reed and 2014 Democratic gubernatorial nominee Jason Carter.

Last year, in the wake of the killing of George Floyd, Bottoms oversaw rioting in her city after Atlanta Police Department Office Garret Rolfe shot and killed a Black man who’d fallen asleep in his car.

This is a decision made from a postion of strength and not weakness… If the race for mayor were held today I would win this race without a runoff.

She was lauded for an impassioned speech last year telling looters and rioters to “go home.”

“What I see happening in the streets of Atlanta is not Atlanta. This is not a protest. This is not in the spirit of Martin Luther King Jr. This is chaos. A protest has purpose,” she said, according to FOX 5 Atlanta.

But Atlanta in the past year has seen a dramatic rise in crime, which some have blamed on Bottoms. Homicides increased by 58% in 2020, according to the Atlanta Journal Constitution (AJC).

“The level of crime and violence is just at unacceptable levels and it’s fracturing our city in a way that I haven’t seen in my lifetime,” Reed told The Frank Ski Show on an Atlanta radio station, according to the AJC.

Bottoms has blamed the pandemic for increased crime and said Friday she is not stepping down because she fears for her reelection prosepects.

“This is a decision made from a postion of strength and not weakness,” she said.

“I’ve raised the money. I had the most successful fundraiser of any mayor in the history of this city with President Joe Biden,” Bottoms continued. “I’ve polled it. Nearly 70% of the people in this city still like me. If the race for mayor were held today I would win this race without a runoff.”

Atlanta, meanwhile, is struggling to fill vacancies in its police force. A spate of officers exiting last year has led to the department being down about “twenty five percent from our target,” councilman Dustin Hillis said, according to FOX 5.

And though a recent audit found that the Atlanta Police Department’s hiring practices successfully weed out unqualified candidates, it only ends up hiring about 1.4% of applicants because of that. The auditors recommended some measures to “expand the candidate pool” so the department can hire enough new officers.

Plus, Georgia and Atlanta specifically have become a hotbed of national controversy about voting rights and election security after the Gov. Brian Kemp, a Republican, signed a new law. It codifies drop boxes and expands early voting but also imposes some new security measures including ID requirements for mail ballots. 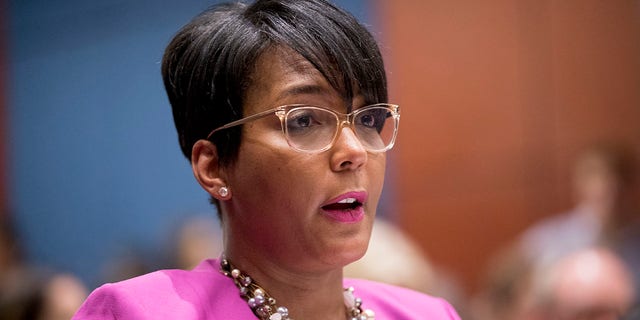 In this July 17, 2019, file photo, Atlanta Mayor Keisha Lance Bottoms speaks during a Senate Democrats’ Special Committee on the Climate Crisis on Capitol Hill in Washington. Bottoms said Thursday she is not running for reelection as Atlanta’s mayor. (AP Photo/Andrew Harnik, File)

Many Democrats criticized the law, including Bottoms, who tweeted that it imposes “unnecessary barriers… to restrict access to the ballot box.” Kemp and Georgia Secretary of State Brad Raffensperger, who both pushed back hard on former President Donald Trump’s false claims of election fraud, however, both strongly endorsed the law as an expansion of voting rights and said claims otherwise

Criticism from Bottoms, Biden and others led to heavy pressure on companies both based in Georgia and not to condemn the law. Eventually, Major League Baseball moved its 2021 All-Star Game from Atlanta to Denver, likely depriving the city and its residents of significant revenue.

Bottoms’ next move is unclear. She still enjoys a strong reputation among national Democrats and could potentially land a post in the Biden administration eventually. There are also many statewide races in Georgia in 2022, including for secretary of state, lieutenant governor and governor.

Bottoms said Friday, “I don’t know what’s next for me personally and for our family,” and denied rumors she planned to go work for Walgreens.

The statewide electorate is more right leaning than the voters in Atlanta. But Biden and Sens. Raphael Warnock, D-Ga., and Jon Ossoff, D-Ga., all proved Democrats can win statewide races in Georgia – though they had a clear national GOP bogeyman to run against in Trump.

Bottoms launched her own broadside against Trump Friday, calling him a “madman in the White House” as she detailed challenges she overcame as mayor.

“What I have always said is I want to leave this city better than I found it,” Bottoms said of her agenda for the rest of her term. “We are going to continue to do every single thing in our power to make this city safer.”