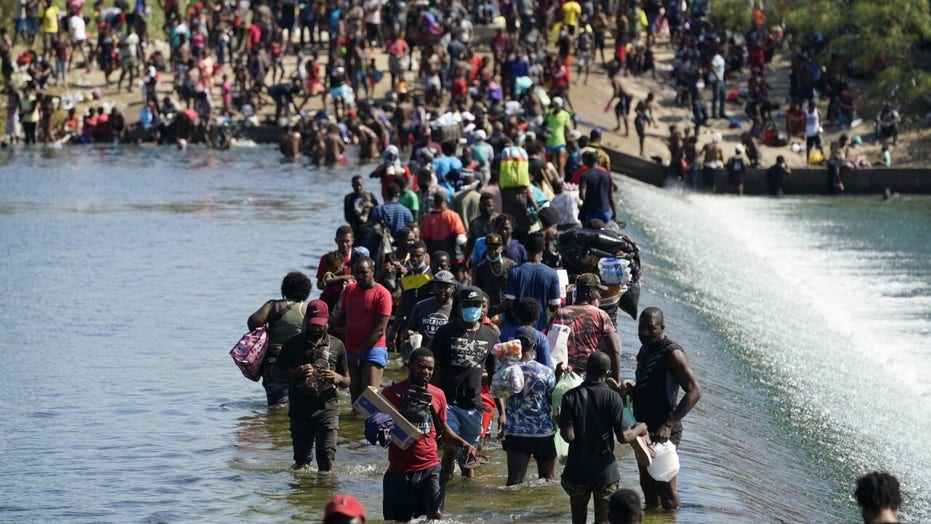 Texas braces for the arrival of 60,000 migrants at the border

Thomas Feeley, former director of NY ICE removals, warns of ‘terrorist people’ coming across the border as morale among border agents is at all-time low.

FIRST ON FOX: Republicans on the House Homeland Security Committee have written to President Biden calling for his administration to be transparent about the “out of control” situation at the southern border, amid continuing complaints by Republicans that the administration is not providing information to Congress.

“The dire situation along the southwest border is a crisis that has spun out of control,” the letter from the 16 Republicans on the committee, led by Ranking Member John Katko, R-NY, says.

There were more than 200,000 migrant apprehensions in the months of July and August, which has fueled criticism of the administration’s rolling back of border protections like the Migrant Protection Protocols (MPP) – which kept migrants in Mexico as they went through immigration proceedings. The administration was ordered to reinstate the policy by a federal order, and has since announced it will seek to end the policy in line with the ruling.

“We are extremely disappointed to learn that your administration intends to terminate [MPP] in the coming weeks,” they write.

Republicans have also criticized the limited application of Title 42 expulsions, with only about 19% of migrant families being expelled due to the order first implemented more broadly by the Trump administration in response to the COVID-19 pandemic.

That criticism has been exacerbated by the Haitian migrant crisis last month, which saw more than 15,000 predominantly Haitian migrants camped out under the international bridge in Del Rio – only a limited number of which have been deported.

Meanwhile, former officials have been critical of the administration’s handling of the crisis, with recently-departed Border Chief Rodney Scott and former Haiti envoy Daniel Foote alleging that recommendations with how to deal with various crises were ignored or rejected – allegations that the lawmakers describe as concerning.

With that backdrop, the lawmakers reject the claim by Homeland Security Secretary Alejandro Mayorkas that the border is secure. 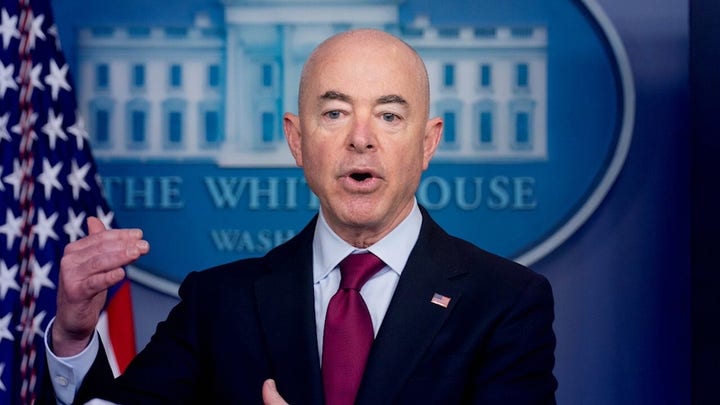 “We have sent a very clear message early on in light of the fact that we are in the midst of a pandemic, that the border is not open and people should not take the perilous journey here,” Mayorkas said last month. “We are returning people to other countries.”

The Republicans pushed back, citing estimates of more than 300,000 “gotaways” that have escaped into the U.S. past overwhelmed Border Patrol agents.

“The border is neither closed nor is it secure. How can one say that the border is closed when over the past eight months, [Customs and Border Protection] has surpassed numerous records for the number of migrants illegally crossing the border? Why is your administration trying to deceive the American people that the border is secure?”

The lawmakers also urge Biden to ensure that his administration is more transparent with the committee on questions related to the border.

Republicans in Congress have been pushing for further information on the crisis for months, often complaining that their requests are ignored by DHS. Republicans have submitted a resolution of inquiry in the House, but it has so far been stymied by procedural changes implemented by the Democratic majority.