The eco-protestors were hauled off the road by angry motorists after traffic was forced to a halt in Knightsbridge, West London. Amid the traffic chaos a fire engine was unable to pass through the protest on the way to an emergency call out.

Police managed to clear one lane of demonstrators, slightly easing the gridlock.

Angry motorists have confronted the Just Stop Oil protestors with frustrated drivers attempting to clear the way for vehicles.

This is the latest in a series of stunts by the climate change pressure group which won’t the Government to commit to ending the UK’s use of oil.

On Monday, the group blocked The Mall outside Buckingham Palace in a demonstration against new fossil fuel licences. 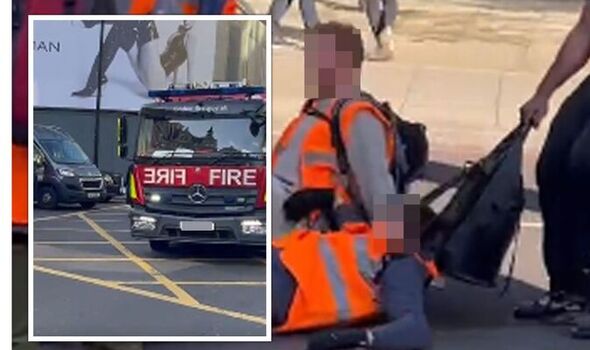 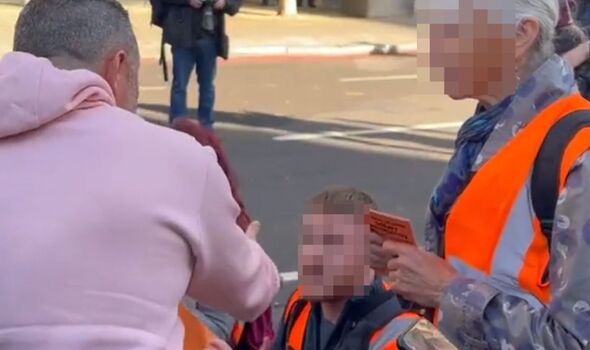 Police at the scene said they made 25 arrests after disruption lasting just over two hours.

The protesters, who travelled from Scotland, said they felt the need to act after the UK Government gave its backing in September to an expansion of oil and gas operations in the North Sea.

The North Sea Transition Authority (NSTA) is expected to undertake a new round of oil and gas licensing this month.