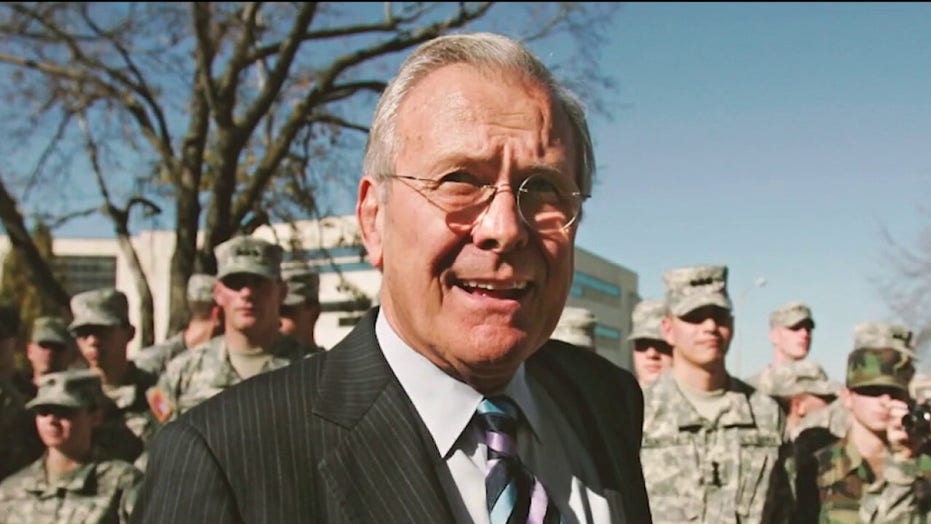 The Life and Legacy of Donald Rumsfeld on ‘Special Report’

The former defense secretary dies at 88, remembered for his life of service

In some ways, it is appropriate that former Secretary of Defense Don Rumsfeld would pass away the week of the Fourth of July. His entire life had been devoted to patriotism and serving the United States of America.

Rumsfeld understood that the core of patriotism is romantic. It is the love of country and love of fellow countrymen that makes patriotism so powerful. His romantic side shaped his fierce devotion to his wife, Joyce, and to his extended family of three children and seven grandchildren. For those who know the Taos, New Mexico, area, it is the perfect romantic spot for someone seeking to rest after a lifetime of exertion and conflict.

The greatest of patriots are not, and cannot be, purely rational.

I first met then-Congressman Rumsfeld when I was a freshman at Emory University in Atlanta, in 1963. He was already a rising star in the House GOP. As the youngest elected House Republican, he had volunteered to tour the country encouraging other young Republicans to get involved.

I was the president of the Emory College Republicans, and so I ended up spending an hour over coffee with this personable, aggressive, smart leader to be. I never forgot it, although I am sure he never remembered it given how much he was traveling at the time.

Rumsfeld came from an upscale Midwestern moderate conservative district. He was pro-civil rights. It hardly fits the modern radical condemnation of Republicans, but as segregationist Democrats were fighting to protect segregation, Rumsfeld voted for the 1964 Civil Rights Act, the 1965 Voting Rights Act, and the 1968 Civil Rights Act.

Rumsfeld was part of the Gerald Ford-Melvin Laird, Midwestern reform wing of the House GOP. They won an internal conference fight and replaced former leader Charles Halleck with Ford (a key step that would eventually bring Ford to the Oval Office).

When Richard Nixon won in 1968, Rumsfeld left the House and started what would be an amazing series of executive accomplishments. Whatever job he held, Rumsfeld was smart, questioning, willing to challenge old procedures, and determined to get things done. He had no time for laziness, incompetence or slackers.

In 1975, as the youngest secretary of Defense, Rumsfeld was faced with a post-Vietnam, post-Watergate Congress that was dedicated to further cutting defense. The military at the time was convinced this would lead to an enormous power gap and great vulnerability for American forces.

Rumsfeld knew the Democrats would not believe him, so he asked President Ford for permission to turn the Roosevelt Room in the White House (the inner sanctum next to the Cabinet Room and the Oval Office) into a special briefing room for members of Congress. Rumsfeld pulled in Charles Hughes, a distinguished senior civil servant at the Defense Intelligence Agency. The “Hughes Briefings” were so compelling that defense spending went up instead of down.

During the post-Ford years, Rumsfeld focused on the private sector, made a lot of money, did a couple small assignments in national security and foreign policy for Presidents Ronald Reagan and George H.W. Bush – and twice considered running for president but decided against it.

When the plane struck the Pentagon on 9/11, Rumsfeld – like all good leaders – moved toward the sound of the guns.

Rumsfeld’s work in 1998 was central to realizing how bureaucratic and incompetent our intelligence system had become (and still is, by the way). When President George W. Bush appointed Rumsfeld as secretary of Defense (from youngest to oldest, as he used to say) he had a powerful reform agenda.

The Pentagon fought him every day. Prior to the Sept. 11, 2001, terrorist attacks, Rumsfeld was focused on building a more agile, aggressive, lethal and smaller force. There was a clear drive building toward an expeditionary force model, in which the United States would project power, swiftly achieve its goals, and then withdraw. 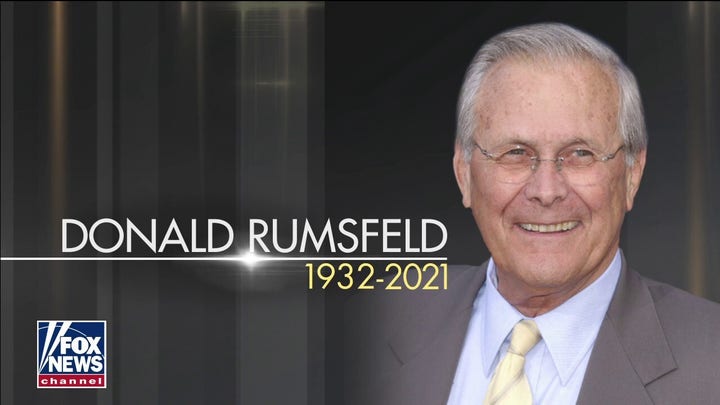 When 9/11 occurred, Rumsfeld’s naval and pilot training – and his natural aggressiveness – came into play. (Read the Illinois wrestling coach’s description of Rumsfeld, in which he said Rumsfeld: “Began his wrestling career at New Trier High School for Hall of Famer Al Hurley. Mr. Rumsfeld placed 4th in the State in 1950 and was captain. His collegiate days were spent at Princeton where he placed 3 times in the Eastern; 4th, 2nd, and 4th. Captain 1953 and 1954, All Navy 1953 and Olympic [Trials] Champion 1956.”)

I first really understood Don when I realized that squash kept him in shape but the determination to win that came from preparing to beat you on the wrestling mat was what got his adrenaline going. This sentiment drove everything he did.

When the plane struck the Pentagon on 9/11, Rumsfeld – like all good leaders – moved toward the sound of the guns. He helped move the injured, generally did whatever was useful, and then ended the day with a press briefing in a still smoking room.

Rumsfeld is truly one of the most remarkable people I have had the opportunity to know.

He really was a romantic, a patriot and a defender of America.