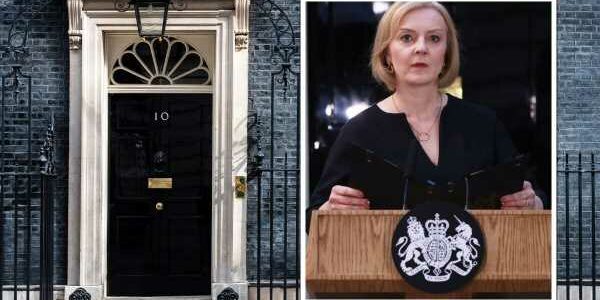 Truss apologises for ‘the mistakes that have been made’

Prime Minister Liz Truss is fighting for her premiership just weeks after ascending to the role. On Tuesday morning, she will hold a Cabinet meeting to discuss how to move forward after being branded a “Prime Minister in name only” on Monday. Five Tory MPs – Sir Charles Walker, Crispin Blunt, Jamie Wallis, Angela Richardson and Andrew Bridgen – have publically called for her to resign after her former Chancellor Kwasi Kwarteng’s mini-Budget caused widespread market turmoil. Her newly appointed Chancellor Jeremy Hunt reversed “almost all” of the tax cuts set out by his predecessor.

New polling suggests that Liz Truss would lose to Rishi Sunak if the summer’s Conservative Party leadership race was re-run.

Some 500 Tory members were polled by JL Partners over the weekend after Ms Truss sacked Kwasi Kwarteng as chancellor and began a screeching U-turn on her mini-budget.

If just those who are decided are tallied, then it comes out as 60 percent to 40 percent in favour of Mr Sunak.

This is roughly inverse to the 57 percent to 42 percent result in favour of Ms Truss that actually happened.

The polling also found that only 16 percent of those Conservative Party members asked thought Ms Truss was doing “well”, while 56 percent thought she was doing “badly”.

Asked during an interview on Sky News how many more mistakes Ms Truss can afford, Mr Heappey said: “Well, I suspect given how skittish our politics are at the moment, not very many.

“But she wouldn’t have wanted to make the mistake that she has made. To her credit she has owned it and apologised for it.”

Asked how many more mistakes she can make before it is too many for him, Mr Heappey said: “I just said, I don’t think that there is the opportunity to make any more mistakes because the nation needs a government that is governing well and is making good decisions.”

Good morning from London. I’m Tara Fair, I’ll be bringing you all the latest developments on Liz Truss’s premiership. Please feel free to get in touch with me as I work if you have a story or tips to share! Your thoughts are always welcome.