Home » Politics » Psaki reacts to pushback over claim no Americans 'stranded' in Afghanistan, despite mom's plea

Psaki reacts to pushback over claim no Americans 'stranded' in Afghanistan, despite mom's plea 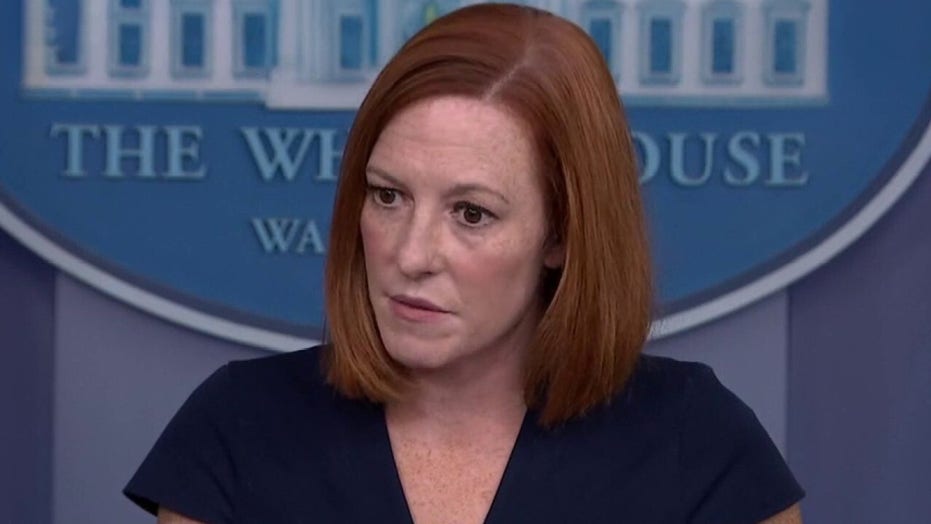 Fox News White House Correspondent Peter Doocy questioned White House Press Secretary Jen Psaki about an American mom said to be stuck in Afghanistan one day after Psaki said it was “irresponsible” to claim that Americans were stranded in the country.

“You said yesterday it is irresponsible to say that Americans are stranded in Afghanistan right now. What do you say to the American citizen in Kabul right now that Fox spoke to this morning… she says ‘we are stranded at home. For four days, three days, we didn’t hear anything from anywhere. And they’re saying to go to the airport but we’re not being given clear guidance. Our emails are getting ignored,'” Doocy said.

Fox News Digital first reported the ordeal of the American mom on Saturday, with her saying that she had “given up hope” of getting to the airport in Kabul.

“I really have given up hope, given up on the hope of going to the airport,” the woman, whose identity is being withheld due to concerns for her safety, told Fox News. “It’s just not possible to make it through all those people.”

The American mother later appeared on “Fox & Friends” Tuesday, making clear that she was in fact stranded in Kabul.

“Our lives are in extreme danger and I don’t know how long it’s going to continue. They are going to people’s homes at night and they are just taking them away,” she said during the interview.

“And yes, we are stranded,” she later added.

Psaki responded by saying that the president is “committed to bringing Americans home who want to leave,” but noted that the U.S. does not track where its citizens go and depends on them to voluntarily register wherever they are.

Doocy then continued to point out that the woman was “stranded” in Afghanistan, pushing Psaki to provide another word for the situation facing the woman.

“But you say no Americans are stranded, this is someone in Kabul who says ‘I am stranded,’” Doocy responded. “Is there a better word for somebody who can’t leave the house to get to the airport because Jake Sullivan says ISIS is outside the airport?”

But Psaki didn’t back down from her previous response, again insisting that Doocy hand over the woman’s contact information.

“I would welcome you providing their phone number and we will reach out today,” Psaki said.