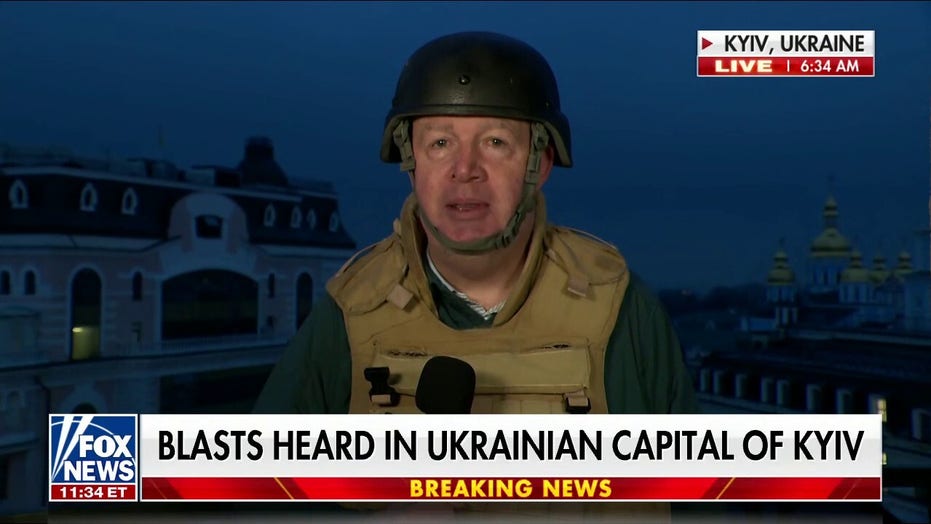 Explosions are being heard in Ukrainian capital of Kiev

Fox News correspondent Steve Harrigan discusses what is happening on the ground in Kiev as blasts can be heard in the city on ‘Fox News @ Night.’

Sen. Mitt Romney laid the blame for Russia’s Wednesday night invasion of Ukraine at the policies of the three most recent U.S. presidents, including Barack Obama, Donald Trump, and Joe Biden.

“Putin’s Ukraine invasion is the first time in 80 years that a great power has moved to conquer a sovereign nation. It is without justification, without provocation and without honor,” Romney said in a statement.

“Putin’s impunity predictably follows our tepid response to his previous horrors in Georgia and Crimea, our naive efforts at a one-sided ‘reset,’ and the shortsidedness of ‘America First,'” the 2012 Republican presidential nominee added.

“The peril of again looking away from Putin’s tyranny falls not just on the people of the nations he has violated, it falls on America as well,” he said.

Romney, recalling his exchange with Obama, says in new statement, “the ‘80s called’ and we didn’t answer.” 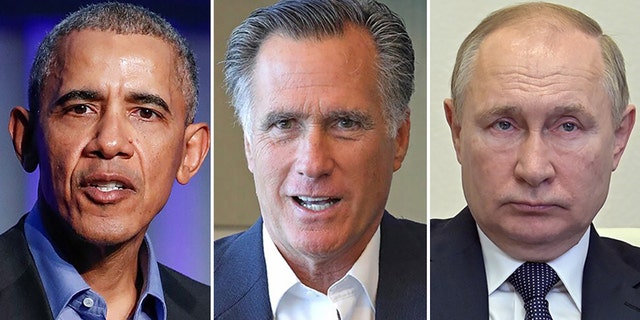 “History shows that a tyrant’s appetite for conquest is never satiated,” he added.

“America and our allies must answer the call to protect freedom by subjecting Putin and Russia to the harshest economic penalties, by expelling them from global institutions, and by committing ourselves to the expansion and modernization of our national defense,” Romney said.

Romney predicted in 2012 that Russia was America’s “number one geopolitical foe,” a comment that drew criticism from then-President Obama.

“A few months ago when you were asked what’s the biggest geopolitical threat facing America, you said Russia, not al-Qaeda,” Obama said during the third presidential debate between him and Romney in October 2012. “And the 1980s are now calling to ask for their foreign policy back because the Cold War’s been over for 20 years.”

When @MittRomney called Russia the “major geopolitical foe”of America, he was attacked by many on left & right. That was 2012. He was right.