Sadiq Khan made the comments during an interview with LBC Radio on Thursday. The former Tooting MP argued that rejoining the single market would be the “quickest” way to stimulate growth and would increase it “almost overnight”.

He said:”Let’s accept we left the EU, because it is clearly a fact we have… If your obsession is growth, the easiest way, the quickest way to get growth is to join the single market.

“You are still outside the EU, but by joining the single market you increase growth almost overnight.

“And by the way, what does it do to the confidence of the market? It boosts it.”

However a number of Tory MPs have hit back criticising Mr Khan’s pledge on Twitter. 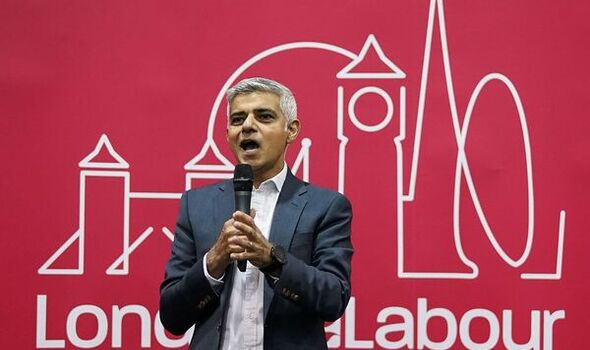 Mark Jenkinson, MP for Workington referenced Liz Truss’ speech about an “anti-growth coalition” and argued that Labour wanted the UK to rejoin the EU.

He said: “This is the anti-growth coalition in action.

“@UKLabour are clear, they want to drag us back into the EU.”

She said: “Here we go… true colours from the Labour Party.”

“That’s why we are going for growth, cutting taxes and scrapping EU Rules.

Mr Holden also argued that Mr Khan’s comments indicated that Labour was “still obsessed” with the EU and want another referendum.

He said: Rejoining [the] Single Market would be hugely disruptive, go against #EUref & elections and mean we could not do new deals across the world with countries that are set to grow rapidly.