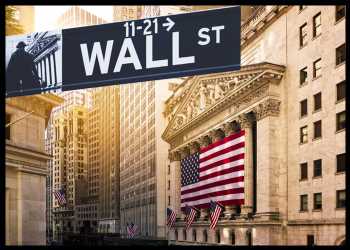 U.S. Stocks Showing Strong Move Back To The Upside

Stocks have shown a strong move back to the upside during trading on Monday, rebounding following the sharp pullback seen last Friday.

Strength in overseas markets has carried over on to Wall Street amid reports of a possible U.S. tariff cut on Chinese goods.

Trading activity may be somewhat subdued, however, with a lack of major U.S. economic data keeping some traders on the sidelines.

A report on consumer price inflation, due to be released later in the week, is likely to be in the spotlight as traders focus on the Federal Reserve’s monetary policy tightening.

Brokerage stocks have shown a substantial move back to the upside, driving the NYSE Arca Broker/Dealer Index up by 2.5 percent.

Significant strength is also visible among tobacco stocks, as reflected by the 2.4 percent jump by the NYSE Arca Tobacco Index.

In the bond market, treasuries have shown a notable move to the downside amid the strength on Wall Street. Subsequently, the yield on the benchmark ten-year note, which moves opposite of its price, is up by 5 basis points at 3.007 percent.